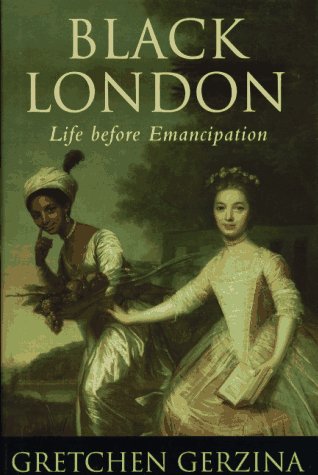 Description:
Gerzina has written a fascinating account of London blacks, focusing on the late 18th and early 19th centuries. Because of a paucity of sources from blacks themselves, Gerzina had to rely primarily on glimpses through white eyes, especially those of antislavery advocate Granville Sharp. Gerzina is quite adept at culling evidence of a rich, complex black life, with significant interaction with the white community.

Haunted London
by Walter Thornbury - Chatto & Windus, Piccadilly
This book deals less with the London of the ghost-stories, than with the London consecrated by manifold traditions -- a city every street of which teems with interesting associations: this London of the present haunted by the memories of the past.
(5361 views)

A Child's History of England
by Charles Dickens - John W. Lovell Co.
The book takes its reader on a fascinating journey, from Ancient England and the Romans to Victoria's reign and Dickens' own lifetime. Full of sensational plots, high adventure and terrible tragedy, it will appeal to anyone who enjoys a good story.
(13504 views)

The Story of the British Army
by C. Cooper King - Methuen & Co.
I have endeavoured in the space at my disposal to show how the British Army has grown up. I have tried merely to tell a 'story', and therefore omitted much that might have been said regarding the noble work the Queen's Army has done.
(4361 views)