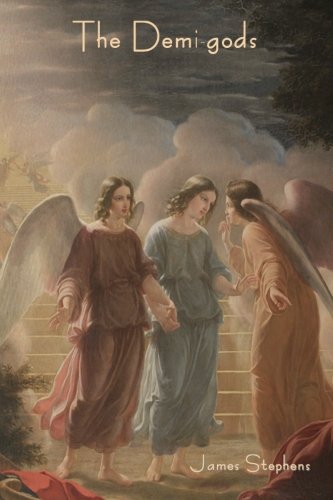 The Demi-gods
by James Stephens

Description:
A group of ancient heroes in the form of winged angels show up one night in the camp of the wandering Mac Canns (Patsy, his daughter Mary and their downtrodden donkey). Together the little group wanders around rural Ireland: telling stories, creating mischief and running into some familiar yet often unwelcome faces.

Beauchamp's Career
by George Meredith - Chapman & Hall
This novel portrays life and love in upper-class Radical circles and satirises the Conservative establishment. Meredith himself was inclined to think it his best novel, and the character Renee de Croisnel was his favourite of his creations.
(4010 views)

Through the Eye of the Needle
by William Dean Howells
Utopian Classic! Aristides Homos writes a series of letters home to his friend Cyril. Homos is now located in the densely urban environment of NY, where he confronts the contrasts between America and his own pastoral and agrarian Utopianism.
(5866 views)

The Jungle
by Upton Sinclair - Grosset & Dunlap
A vivid portrait of life and death in a turn-of-the-century American meat-packing factory. A grim indictment that led to government regulations of the food industry, The Jungle is Sinclair's contribution to literature and social reform.
(14212 views)