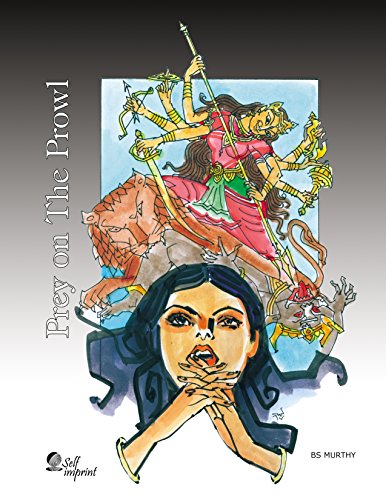 Prey on the Prowl: A Crime Novel
by B.S. Murthy

Description:
Madhu and his mistress Mala were poisoned and Pravar, Mala's brother, implicates Madhu's wife Radha in the double murder. Radha seeks Dhruva's help even as Kavya, rescued by him, takes to her kidnapper Pravar. The series of death by poisoning that follow puzzle Dhruva no end.

Their Own Game
by Duncan James - Smashwords
A top secret plan shifts the war on terrorism from the Middle East to Northern Ireland. Major Bill Clayton and his attractive sergeant Catherine Wilson hunt the killer of Clayton's uncle who was involved with Libyan terrorist weapons suppliers.
(6752 views)

The Second Bat Guano War: a Hard-Boiled Spy Thriller
by J.M. Porup
Rats ate his baby while he partied in a disco. Now Horse is teaching English to criminals in Peru - plus doing the odd favor for the CIA. When his Agency contact goes missing, Horse uncovers his friend's involvement with a group of terrorists...
(7108 views)

Black Woods
by Laura Wright LaRoche - Smashwords
Avid mushroom hunters and volunteers with the local Search and Rescue Department, Laura and Julie, remember that first encounter in the woods years ago. Four young men, fun by nature, travel to the woods with high hopes of a hunt they won't forget.
(5406 views)

The Finding
by Nicky Charles - Feedbooks
She discovered a dark secret, witnessed a murder and fled into the night fearing for her life. Three years later, she is still hiding from her past, haunted by a dream lover and fighting to control a beast that seems to grow stronger each day.
(6868 views)