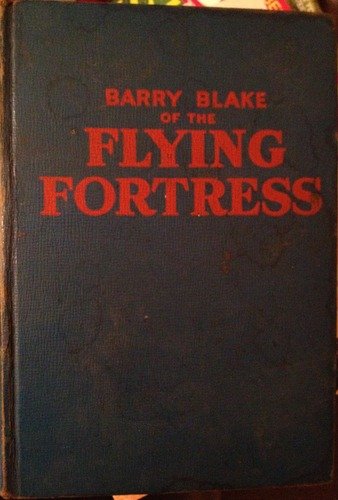 Barry Blake of the Flying Fortress
by Gaylord Du Bois

Description:
His pulses pounding with excitement, Barry Blake gazed across the long runways of Boeing Field at his first fighting ship. The great Flying Fortress seemed to perch lightly on the ground, despite her twenty-odd tons. Her propellers were turning slowly, glinting in the sun like the blades of four gigantic sword dancers...

The Story of the Champions of the Round Table
by Howard Pyle - ManyBooks
The book details the early adventures of Sir Launcelot, Sir Tristram, and Sir Percival. It is frought with adventure, chivalry, and Pyle's own version of Old English to go with it. Highly recommended for those interested in tales of the Round Table.
(5260 views)

From Kingdom to Colony
by Mary Devereux - Little, Brown, and Co.
When William, Duke of Normandy, invaded England in 1066, and achieved for himself the title of 'Conqueror', one of those who accompanied him was Robert D'Evreux, younger son of Earl of Rosmar, feudal owner of the town of his name in Normandy...
(5208 views)

Shike
by Robert J. Shea
Beautiful young Taniko struggles under oppression as the mistress of the cruel Kublai Khan, and Jebu, a young monk, is transformed into a fierce warrior, in a saga of the ancient Orient during a time of bloodshed and magic.
(6059 views)

Forward, Children!
by Paul Alexander Bartlett - My Friend Publisher
Forward, Children! is a gripping anti-war novel. It brings vividly back to life the experience of WWII tank warfare as it was fought and endured by soldiers in the tank corps. The novel is also a story of love in French Ermenonville ...
(7222 views)