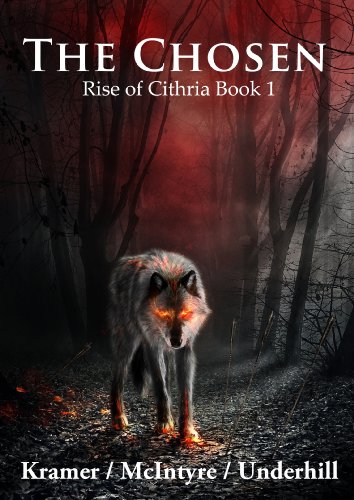 The Chosen: Rise of Cithria Part 1
by Kris Kramer

Description:
Three kingdoms at war. Three stories of hope, sorrow, and sacrifice. Three groups of heroes, whose personal quests lead them to discover that a fourth kingdom, long forgotten, lies dormant. But no more. Unless these heroes, bitter enemies of each other, can put aside their enmity, then Cithria will rise again, and everyone else will fall into the abyss.

The Gryphon Highlord
by Connie Ward - Dragon Moon Press
The Regent of Thylana orders all magic-users permanently banished. After many years the outcasts wish to return. The Regent's niece, the Princess Kathedra, supports their claim. Join Kathedra on her flight to freedom and journey of self-discovery.
(13583 views)

Deserted Cities of the Heart
by Lewis Shiner - Subterranean Press
An anthropologist and his alienated brother reunite in Mexico to reenact an ancient Mayan myth of the end of the world in this surrealistic fantasy by the author of Frontera. Shiner captures the complexities of both modern and ancient reality.
(7417 views)

The Worm Ouroboros
by E. R. Eddison - Jonathan Cape
A heroic high fantasy novel, first published in 1922. The book describes the protracted war between the domineering King Gorice of Witchland and the Lords of Demonland in an imaginary world that appears mainly medieval, reminiscent of Norse sagas.
(6033 views)