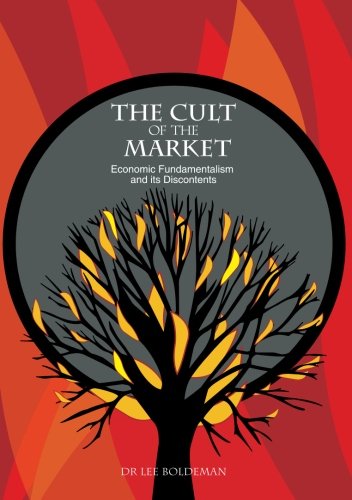 The Cult of the Market : Economic Fundamentalism and its Discontents
by Lee Boldeman

The Decline of American Capitalism
by Lewis Corey - Covici, Friede
The depression which set in after 1929 was the worst economic disaster in American history. It was aggravated by the acute world crisis, a major catastrophe of capitalism. The revival, because of its speculative character, did not lead to recovery.
(8368 views)

The Economic Geography of Globalization
by Piotr Pachura - InTech
The economy is possibly the most recognized dimension of globalization. The authors of the articles in this book represent the great diversity of disciplines and methodological approaches as well as a variety of academic culture.
(6534 views)

A Century of War
by John V. Denson - Ludwig Von Mises Institute
The book covers the history of America's large wars from 1860 through the Cold War, describing the 20th century as the bloodiest in all history. Denson recounts how the wars came about through a series of deceitful political ploys.
(14627 views)

The Benefits of the New Economy: Resolving the Global Economic Crisis Through Mutual Guarantee
by Guy Isaac, Joseph Levy, Alexander Ognits - ARI Publishers
The aim of the book is to point out the causes of today's economic turmoil and how it can be solved. The road toward solution lies not in any remedy from the past. Rather, it lies with a society where all support each other in mutual guarantee.
(6502 views)