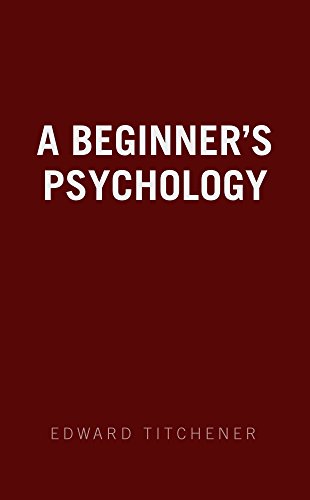 Description:
I have tried to write, as nearly as might be, the kind of book that I should have found useful when I was beginning my own study of psychology. I lay less stress upon knowledge and more upon point of view. I shall be fully satisfied if the reader learns to be clear and definite in his objections, realizes his own point of view, and sticks to it in working out later his own psychological system.

Dynamics of Decision Making: from evidence to preference and belief
by Marius Usher (ed.) - Frontiers Media SA
This volume aims to review and explore the time course of a decision - from how prior beliefs are formed to how those beliefs are used and updated over time, towards the formation of preferences and choices and post-decision processes and effects.
(6007 views)

The Principles of Psychology
by William James
This is a two-volume introduction to the study of the human mind. Based on his classroom lessons and first published in 1890, James has gathered together the most interesting and most accessible information for the beginning student.
(16208 views)

Psychology: A Study Of Mental Life
by Robert S. Woodworth - Henry Holt and company
Modern psychology is an attempt to bring the methods of scientific investigation, which have proved immensely fruitful in other fields, to bear upon mental life and its problems. Originally published in 1921, the book is intended for the beginner.
(13410 views)

The Psychology of Emotions, Feelings and Thoughts
by Mark Pettinelli - Connexions
This book makes the statement that thought, action and feeling can occur in any order, it also puts forth the idea that life is divided into three groups, emotion, thinking, and feeling. These three groups make humans feel in certain ways...
(12402 views)