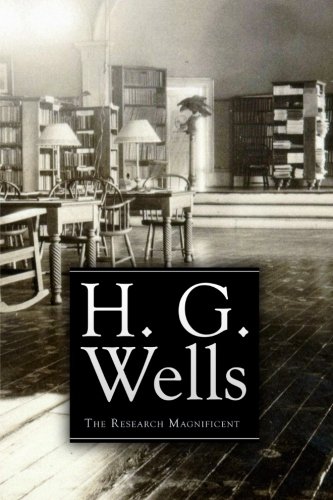 Description:
The story of William Porphyry Benham is the story of a man who was led into adventure by an idea. It was an idea that took possession of his imagination quite early in life, it grew with him and changed with him, it interwove at last completely with his being.

The History of Mr. Polly
by H. G. Wells - Grosset & Dunlap
Mr. Alfred Polly is a dyspeptic, miserably married shopkeeper in what he terms that Beastly Silly Wheeze of a hole! -- Fishbourne, England. He is inclined to spark arguments and slapstick calamity wherever he goes. Education was lost on him...
(6475 views)

Love and Mr Lewisham
by H. G. Wells
Young and ambitious science student is locked in a struggle to further himself through academic achievement. But when his former sweetheart re-enters his life, his strictly regimented existence is thrown into chaos by the resurgence of old passion.
(7243 views)

The First Men in the Moon
by H. G. Wells - George Newnes
Wells' novel, first published in 1901, describes a thrilling voyage and a moon of his own splendid imagination. It is a beautiful land, alive with vegetation. There are strange creatures who threaten the explorers and fill their days with adventure.
(11254 views)