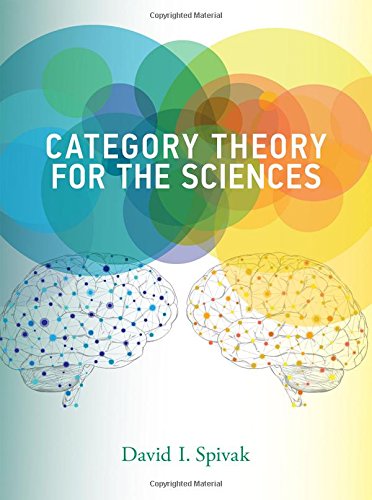 Category Theory for the Sciences
by David I. Spivak

Description:
This book shows that category theory can be useful outside of mathematics as a rigorous, flexible, and coherent modeling language throughout the sciences. Written in an engaging and straightforward style, and assuming little background in mathematics, the book is rigorous but accessible to non-mathematicians.

Higher-Dimensional Categories: an illustrated guide book
by Eugenia Cheng, Aaron Lauda - University of Sheffield
This work gives an explanatory introduction to various definitions of higher-dimensional category. The emphasis is on ideas rather than formalities; the aim is to shed light on the formalities by emphasizing the intuitions that lead there.
(10481 views)

Functors and Categories of Banach Spaces
by Peter W. Michor - Springer
The aim of this book is to develop the theory of Banach operator ideals and metric tensor products along categorical lines: these two classes of mathematical objects are endofunctors on the category Ban of all Banach spaces in a natural way.
(7815 views)

Dynamical Systems and Sheaves
by D. I. Spivak, C. Vasilakopoulou, P. Schultz - arXiv
A categorical framework for modeling and analyzing systems in a broad sense is proposed. These systems should be thought of as 'machines' with inputs and outputs, carrying some sort of signal that occurs through some notion of time.
(3512 views)