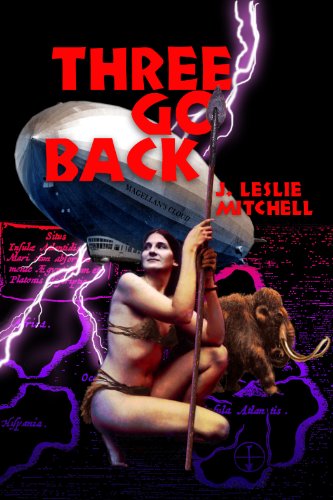 Description:
When their transatlantic airship is destroyed, three survivors find themselves in a lost world 25,000 years in the past, a world peopled by Neanderthals and Cro-Magnons, haunted by mammoths and saber-toothed cats. Writer Claire Stranlay must somehow survive and does so in the only way she knows how...

The World Below
by S. Fowler Wright - Gerard Arthus
When George is transported to a far-future Earth, he finds himself caught between two very different species of humanity --the Amphibians, dwellers of the deeps, and the giant Dwellers, rulers of the large island that constitutes the major land mass.
(2704 views)

The Black Galaxy
by Murray Leinster - Gerard Arthus
Rod wanted to have the first real spaceship capable of putting up a fight. He believed it might need to fight. But anyhow he was still in command of the construction of the space-ship now building and he'd command it when it took off from Earth ...
(3581 views)