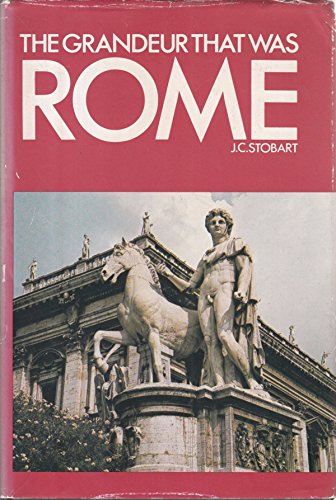 The Grandeur That Was Rome
by J. C. Stobart

Description:
Although a large part of this book is written directly from the original sources, and none of it without frequent reference to them, it is, in the main, frankly a derivative history intended for readers who are not specialists. It attempts to give a view of the whole course of ancient Roman History within the limits of a single volume.

The History of the Decline and Fall of the Roman Empire
by Edward Gibbon - Harper & Brothers
The complete 6-volume work, which covers from the reign of Marcus Aurelius to the fall of Constantinople in 1453. Edward Gibbon was an English historian, and his book is known principally for the quality and irony of its prose.
(12175 views)

A History of Rome to 565 A. D.
by Arthur E. R. Boak - The MacMillan Company
This sketch of the History of Rome is primarily intended to meet the needs of introductory college courses in Roman History. However, it is hoped that it may also prove of service as a handbook for students of Roman life and literature in general.
(10097 views)

The Old Roman World
by John Lord - C. Scribner and company
Early Roman history is chiefly the detail of successful wars, aggressive and uncompromising, in which we see a fierce and selfish patriotism, an indomitable will, a hard unpitying temper, great practical sagacity, patience, and perseverance.
(6477 views)