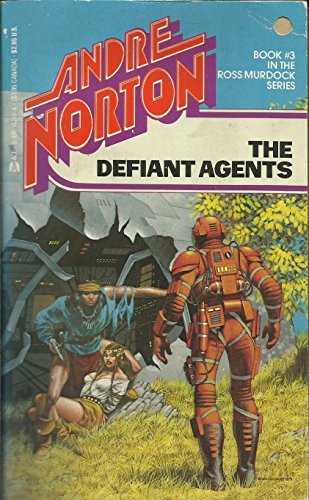 The Defiant Agents
by Andre Norton

Description:
Travis Fox, Apache Indian and an expert in time travel, volunteers for a mission to colonize the planet of Topaz. But when he and his fellow Apaches find themselves reverting to the ways of their ancient warrior race, Fox suspects that a dangerous force is responsible -- and that there's more at stake than just their lives.

Time Crime
by H. Beam Piper - ManyBooks
A police procedural story, set in the world of the future. Human society has developed the technology to move laterally between parallel universes. The heroes of this story, Verken Vall and his wife, are ready to embark on a long-overdue vacation...
(5046 views)

Time Management for Mercenaries
by Dai Alanye
A mismatched team is recruited for primitive military action in a third world country. It is eventually revealed that they will, in fact, be journeying to the past. They run into many difficulties both before and after reaching their destination.
(6794 views)

Virtual Evil
by Jana G. Oliver - Dragon Moon Press
Jacynda's latest assignment is a double-edged sword: find the greatest of all Time Rovers and send him to 2057. If she returns Harter Defoe to the future, she ll be branded a traitor to her kind. If she fails, the punishment is a decade in prison.
(12753 views)

Footsteps in Time
by Sarah Woodbury - Smashwords
In December of 1282, English soldiers ambushed and murdered Llywelyn ap Gruffydd, the Prince of Wales. His death marked the end of Wales as an independent nation. Footsteps in Time is the story of what might have happened had Llywelyn lived.
(16466 views)