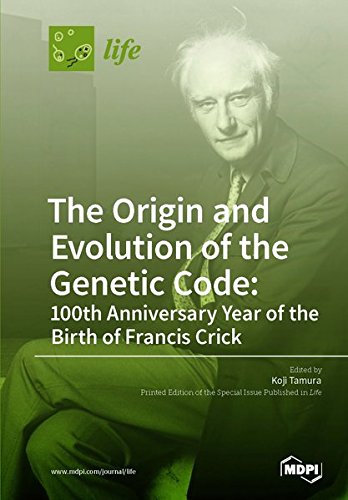 The Origin and Evolution of the Genetic Code
by Koji Tamura

Description:
The genetic code is one of the greatest discoveries of the 20th century as it is central to life itself. The origin and evolution of the genetic code remains a mystery despite numerous theories and attempts to understand these. In this Special Issue, experts in the field present their thoughts and views on this topic.

DNA, Statistics and the Law: a cross-disciplinary approach to forensic inference
by Alex Biedermann (ed.) - Frontiers Media SA
This volume aims to investigate, from an interdisciplinary perspective, the current understanding of the strengths and limitations of DNA profiling results in legal applications. The emphasis is on topics with a multidisciplinary perspective.
(7199 views)

Genetics and Biogenesis of Mitochondria and Chloroplasts
by C. William Birky, et al. - The Ohio State University Press
The genetics of chloro­plasts and mitochondrial inheritance have only fairly recently come to represent a major preoccupation of both molecular and cell biologists, who have been prompted to probe deeply into the energy-producing centers of the cell.
(8950 views)

The Genetical Theory of Natural Selection
by R. A. Fisher - At The Clarendon Press
Providing a synthesis of Darwinian selection and Mendelian genetics and marking a turning point in the development of evolutionary thought, this work is one of the most frequently cited references in modern evolutionary biology.
(13235 views)