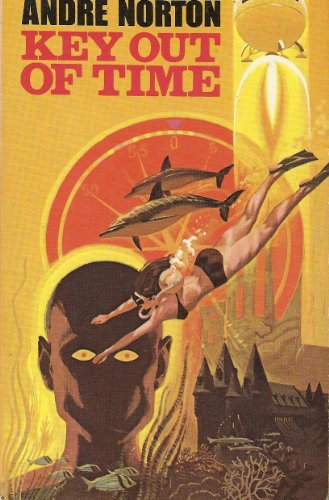 Key Out of Time
by Andre Norton

Description:
Time Agents Ross Murdock and Gordon Ashe, aided by a Polynesian girl and her team of telepathic dolphins, probe the mystery of the sea-planet men have named Hawaika. Its cities and civilizations have vanished but our agents are snatched back through a Time Gate and marooned in the midst of the struggle for power that must have destroyed the planet.

The Future People
by Carl Johnson - Smashwords
Kenneth and Savannah are classmates, regular teenagers, who are whisked away 50 centuries into the future to save over one hundred trillion lives and prevent the destruction of the human race. Only then will they be allowed to return home ...
(4334 views)

Footsteps in Time
by Sarah Woodbury - Smashwords
In December of 1282, English soldiers ambushed and murdered Llywelyn ap Gruffydd, the Prince of Wales. His death marked the end of Wales as an independent nation. Footsteps in Time is the story of what might have happened had Llywelyn lived.
(16464 views)

Project Mastodon
by Clifford D. Simak
Hudson lay in his sleeping bag, staring at the sky. There was not one familiar constellation, not one star that he could name. This juggling of the stars emphasized more than anything else the vast gulf of years which lay between him and the Earth.
(3012 views)

When the Sleeper Wakes
by H. G. Wells
A dystopian science fiction novel about a man who sleeps for two hundred, waking up in a completely transformed London. The main character awakes to see his dreams realised, and the future revealed to him in all its horrors and malformities.
(6165 views)