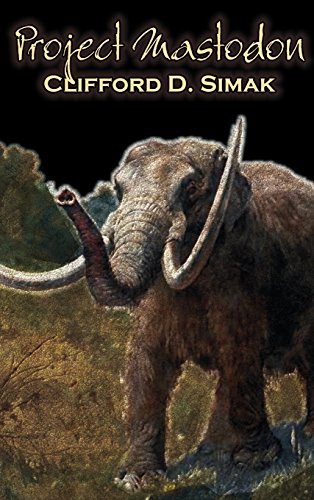 Description:
Hudson lay in his sleeping bag, staring at the sky. It bothered him a lot. There was not one familiar constellation, not one star that he could name with any certainty. This juggling of the stars, he thought, emphasized more than anything else in this ancient land the vast gulf of years which lay between him and the Earth where he had been-or would be-born.

The Defiant Agents
by Andre Norton - The World Publishing Company
Travis Fox, an expert in time travel, volunteers for a mission to colonize the planet of Topaz. But when he and his fellows find themselves reverting to the ways of their ancient warrior race, Fox suspects that a dangerous force is responsible.
(2305 views)

Key Out of Time
by Andre Norton - The World Publishing Company
Time Agents Ross Murdock and Gordon Ashe, aided by a Polynesian girl and telepathic dolphins, probe the mystery of the sea-planet named Hawaika. Its cities and civilizations have vanished but our agents are snatched back through a Time Gate ...
(2208 views)

The Winds of Time
by James H. Schmitz
Star ships, aliens from the future, time travel, romance, cannibalism, pet humans and mute-but-brilliant aliens... and of course, it's got a hero who solves every problem by being smarter and trickier and better-prepared than we'd ever imagine being.
(2332 views)

The Future People
by Carl Johnson - Smashwords
Kenneth and Savannah are classmates, regular teenagers, who are whisked away 50 centuries into the future to save over one hundred trillion lives and prevent the destruction of the human race. Only then will they be allowed to return home ...
(3704 views)