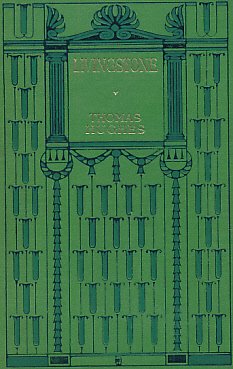 Description:
The author has aimed not so much at telling the story as at allowing the story to tell itself. It may be added that, in the belief of the writer, Livingstone is greatest, not as a scientist, nor an explorer, but as a man and a missionary.

Hypatia: Her Life and Times
by Faith L. Justice - Smashwords
Hypatia has been the subject of much mythmaking through the centuries. She's the subject of poetry, plays, novels and movies. These articles pull back the curtain and let the reader see the real Hypatia. She needs no embellishments to her story.
(8889 views)

Nero
by C. Suetonius Tranquillus - ManyBooks
The work, written in AD 121, was the most popular work of Suetonius, Hadrian's personal secretary, and is the largest among his surviving writings. It is considered very significant in antiquity and remains a primary source on Roman history.
(8436 views)

Memoirs of Napoleon Bonaparte
by Louis Antoine Fauvelet de Bourrienne - Charles Scribner's Sons
This incredible set begins with Napoleon's birth in Corsica in 1769 and ends with his entombment in the Invalides in Paris in 1840. These four volumes include chronologies, text, letters, and many many insights, both personal and professional.
(9513 views)

An American Engineer in Stalin's Russia: The Memoirs of Zara Witkin
by Zara Witkin - University of California Press
In 1932 Witkin set off for the Soviet Union to help build a society more just and rational than the bankrupt capitalist system at home. He felt beaten in the end by the lethargy and corruption choking the greatest social experiment in history.
(13791 views)