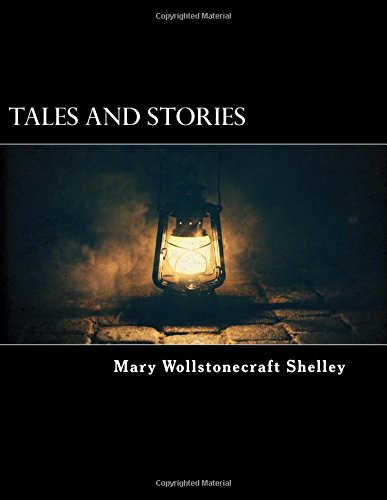 Tales and Stories
by Mary Shelley

Description:
As a rule, it may be said that Mary Shelley is best when most ideal, and excels in proportion to the exaltation of the sentiment embodied in her tale. Virtue, patriotism, disinterested affection, are very real things to her; and her heroes and heroines, if generally above the ordinary plane of humanity, never transgress the limits of humanity itself.

Frankenstein
by Mary Shelley - Sever, Francis, & Co.
The story of Frankenstein's monstrous creation has enthralled generations of readers and inspired countless writers of horror. Experience the sweeping force of the prose, the grotesque imagery, and the multilayered themes of Shelley's masterpiece.
(14343 views)

Mathilda
by Mary Shelley - University of North Carolina Press
Narrating from her deathbed, Mathilda, a young woman in her twenties, writes her story as a way of explaining her actions to her friend. This is then followed by his suicide by drowning and her ultimate death; her relationship with a young poet ...
(7608 views)

Valperga
by Mary Shelley - G. and W. B. Whittaker
Valperga, the novel Mary Shelley wrote after Frankenstein, is based on the life of Castruccio Castracani (1281-1328), Prince of Lucca. A brilliant soldier and cruel tyrant, he successfully commanded Ghibelline forces in Tuscany against the Guelphs.
(5426 views)