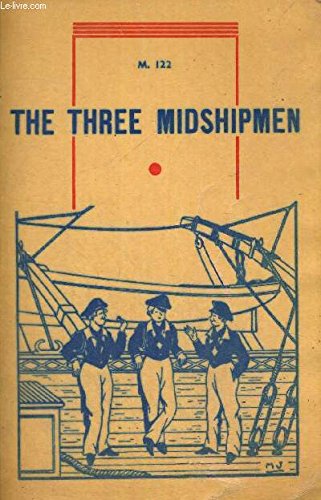 The Three Midshipmen
by W.H.G. Kingston

Description:
The tale of the Three Midshipmen is carried on to the Three Lieutenants, the Three Commanders, and the Three Admirals. The book starts with the arrival of three new boys at a boarding school for young gentlemen. One boy is English, one is Scottish, and the third is Irish. Under the influence of various bullies and other schoolboy adversities the three lads learn to stick together, and to look after each other...

Peter the Whaler
by W.H.G. Kingston - J. W. Lovell company
Peter is a naughty teenager, who has got in with friends who encourage poaching. His father confiscates the gun, but one night Peter recovers the gun and has another coaching expedition, during which he is caught by the gamekeepers ...
(1418 views)

Adventures in Africa
by W.H.G. Kingston - Athelstane e-Books
In this book the hero, fresh from school, arrives from England, and joins his uncle, who is a trader with the people of central Africa, bringing the goods obtained down to the south. On this occasion they have been attacked soon after they set out.
(7935 views)

In the Wilds of Africa
by W.H.G. Kingston - Thomas Nelson & Sons
The hero gets himself a job on board of a vessel, which has a number of misfortunes. She loses several officers, her captain dies, leaving an unsuitable officer in charge. She runs aground near the shore, where the natives slay some of the crew.
(1479 views)

The Rival Crusoes
by W.H.G. Kingston - ManyBooks
The ship is posted to the Far East station but is shipwrecked. Both Dick and Lord Reginald survive the wreck and become 'Crusoes', still with a deadly rivalry. But Reginald is an incompetent, and would not have survived, had not Dick rescued him.
(3455 views)