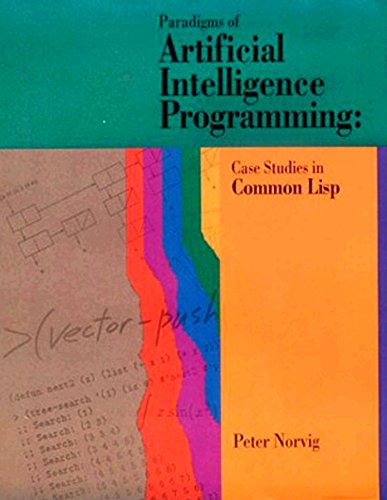 Description:
This book is concerned with three related topics: the field of artificial intelligence, or AI; the skill of computer programming; and the programming language Common Lisp. Careful readers of this book can expect to come away with an appreciation of the major questions and techniques of AI, an understanding of some important AI programs, and an ability to read, modify, and create programs using Common Lisp.

Common Lisp: An Interactive Approach
by Stuart Charles Shapiro - W.H. Freeman & Company
The book is a self-paced study guide to Common Lisp programming language. It presents Lisp in a general setting, rather than in the context of a special field in which it is used. The text assumes experience with some imperative programming languages.
(10591 views)

Loving Lisp, or the Savvy Programmer's Secret Weapon
by Mark Watson
This book is an introduction to Common Lisp. The author considers Common Lisp to be twice as good as Java for some applications. Common Lisp compilers are freely available, stable, and compiled Common Lisp code is very fast.
(18452 views)

Basic Lisp Techniques
by David J. Cooper, Jr. - Franz Inc.
The purpose of this book is to showcase the features of Common Lisp, and to give you a quick-start guide for using Common Lisp as a development environment. This guide gives you all the tools you need to begin writing Lisp applications.
(12516 views)