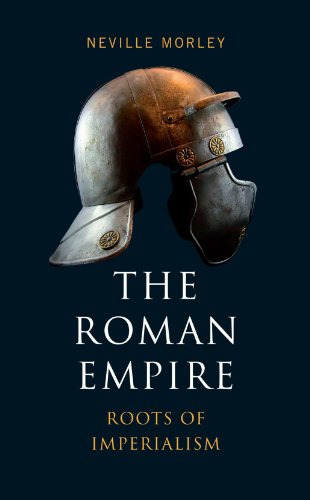 The Roman Empire: Roots of Imperialism
by Neville Morley

Description:
A millennium and a half after the end of the period of its unquestioned dominance, Rome remains a significant presence in western culture. This book explores what the empire meant to its subjects. Unlike most works on Roman history, this book does not offer a simplistic narrative, with military triumph followed by decline and fall. Instead, it analyses the origins and nature of Roman imperialism, its economic, social and cultural impact on the regions it conquered, and its continuing influence in discussions and debates about modern imperialism.

Old Rome
by Robert Burn - George Bell & Sons
This is a handbook to the ruins and monuments of ancient Rome and the Campagna. It is divided into topographical sections for the convenience of travelers visiting Rome, and the monuments which exist in each section have been briefly described.
(4592 views)

East and West in the Roman Empire of the Fourth Century
by Roald Dijkstra (ed.) - Brill Academic
The book examines the (dis)unity of the Roman Empire in the fourth century, in order to offer a broad perspective and avoid an overvaluation of the division in 395. The contributors elaborate on these notions from various geopolitical perspectives.
(3157 views)