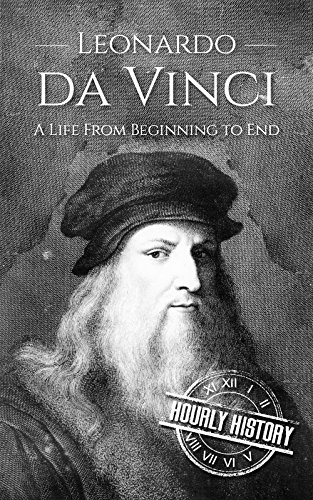 Leonardo da Vinci: A Life From Beginning to End

Description:
Creativity is in our bones. It is found in our very DNA, something not known to Leonardo da Vinci or anyone else who lived in his day and time. All he did was to uncover the hidden genius which lay within himself, and he used that inner genius to the very best of his abilities.

The Life of Sir Richard Burton
by Thomas Wright - Project Gutenberg
Sir Richard Burton was an English explorer, writer, soldier, ethnologist, poet and diplomat. He was known for his travels and explorations within Asia and Africa as well as his extraordinary knowledge of languages and cultures.
(9495 views)

Benevolence : From Guatemala to Goa On a Zimmer Frame
by Jim West - Project Gutenberg
At the age of one I contracted Polio. Suddenly, a world of infinite possibilities collapsed in upon me. Everything was now a struggle: breathing, lifting my arms, learning to walk. Nothing came easily. And the suffering wasn't just physical.
(5868 views)

Representative Men
by Ralph Waldo Emerson
Representative Men includes seven lectures on great men -- Plato, Swedenborg, Montaige, Shakespeare, Napoleon, and Goethe. If the companions of our childhood should turn out to be heroes, and their condition regal, it would not surprise us.
(7610 views)

God's Gold: The Story of Rockefeller and His Times
by John T. Flynn - Mises Institute
The classic and extraordinary full biography of John D. Rockefeller. Flynn shows how Rockefeller employed the tools of capitalism to become enormously rich, and how this unleashed the most unexpected backlash from anti-capitalists of all sorts.
(14893 views)