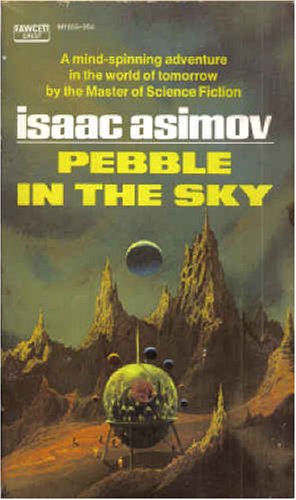 Pebble in the Sky
by Isaac Asimov

Description:
One moment Joseph Schwartz is a happily retired tailor in Chicago, 1949. The next he's a helpless stranger on Earth during the heyday of the first Galactic Empire. Earth, as he soon learns, is a backwater, just a pebble in the sky, despised by all the other 200 million planets of the Empire because its people dare to claim it's the original home of man.

The Legion of Space
by Jack Williamson - Gerard Arthus
This is Jack Williamson's early 'space opera' science fiction tale, first serialized in Astounding Stories in 1934, and published in book form by Fantasy Press in 1947. 'Galaxy Science Fiction Novels' were published for distribution to newsstands.
(3584 views)