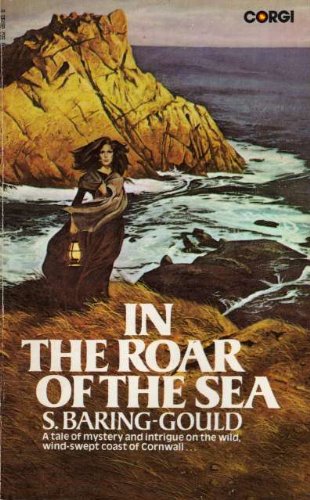 In the Roar of the Sea
by S. Baring-Gould

Description:
In the Roar of the Sea is a novel that follows the travails of the Trevisa family as they struggle to navigate the aftermath of a tragedy. Anglican priest and scholar Sabine Baring-Gould had a voracious and wide-ranging intellect, which over the course of his career led to the publication of over 1,000 books and collections in various genres ranging from fiction to folklore.

The Broom-Squire
by S. Baring-Gould - F.A. Stokes
After the road had ascended some way, all trees disappeared. The scenery was as wild and desolate as any in Scotland. On all sides heathery slopes, in the evening light a broken patch of sand showed white through contrast with the black ling.
(1102 views)

The Book of Were-Wolves
by S. Baring-Gould
You may rethink your non-belief in werewolves after reading this detailed study by folklorist Sabine Baring-Gould. He takes you on a journey from medieval times to more modern days, examining old folk tales, public records, medical facts, and more.
(2331 views)

Mehalah: A Story of the Salt Marshes
by S. Baring-Gould - Smith, Elder & Co.
Between the mouths of the Blackwater and the Colne, on the east coast of Essex, lies a marshy tract freckled in every part with water. It is a wide waste of debatable ground contested by sea and land, subject to incursions from the former ...
(1195 views)

A Book of Ghosts
by S. Baring-Gould - Project Gutenberg
When Anna Arler's husband was brought home dead, she insisted on being left alone in the night by him, before he was buried alone, -- with his coffin. And what happened in that night no one knows. Some affirm that she saw ghosts.
(5711 views)