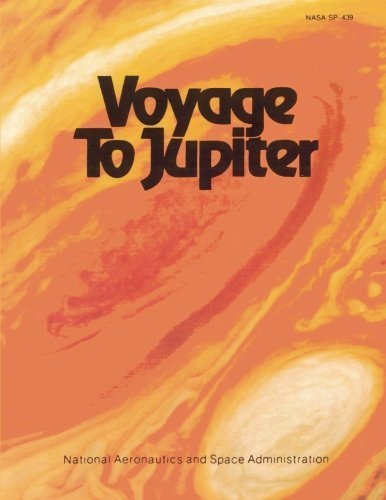 Description:
Few missions of planetary exploration have provided such rewards of insight and surprise as the Voyager flybys of Jupiter. Some of the spirit of excitement and connection is captured in this volume. Its senior author was a member of the Imaging Team.

Atomic and Molecular Processes in Astronomy and Planetary Science
by Geoffrey A. Blake - California Institute of Technology
This course discusses the fundamental aspects of atomic and molecular spectra that enable one to infer physical conditions in astronomical, planetary and terrestrial environments from the analysis of their electromagnetic radiation.
(11543 views)

Traces of Catastrophe
by Bevan M French - Lunar and Planetary Institute
A detailed introduction to impact processes, crater formation, and shock metamorphism. The book is intended for geoscientists of all kinds: students, professors and professional geologists who may encounter an impact structure in the field area.
(10557 views)

Evolution of the Solar System
by Hannes Alfven, Gustaf Arrhenius - NASA
A realistic attempt to reconstruct the early history of the solar system. The authors chose a procedure which reduces speculation as much as possible and connects the evolutionary models as closely as possible to experiment and observation.
(9600 views)

An Overview of the Solar System
- Wikipedia
The Solar System comprises the Sun and its planetary system, as well as a number of dwarf planets, satellites, and other objects that orbit the Sun. It formed 4.6 billion years ago from the gravitational collapse of a giant molecular cloud.
(8261 views)