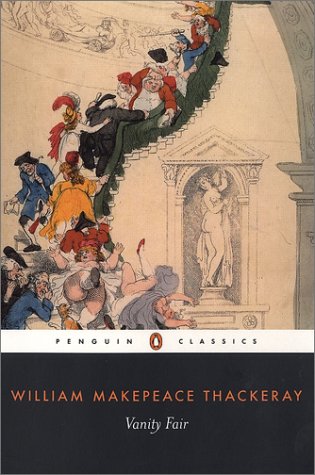 Description:
Generally considered to be his masterpiece, Vanity Fair is Thackeray's resplendent social satire that exposes the greed and corruption raging in England during the turmoil of the Napoleonic wars. Subtitled "A Novel Without a Hero," it traces the changing fortunes of two unforgettable women: the scheming opportunist Becky Sharp, one of literature's most resourceful, engaging, and amoral heroines, and her foil, the faithful, naive Amelia Sedley. Thackeray's subversive, comic attack on the hypocrisy and "dismal roguery" of an avaricious world resonates 150 years later with implications for our own times.

Roundabout Papers
by William Makepeace Thackeray - Clark & Maynard
'I had occasion to pass a week in the autumn in the little old town of Coire or Chur, in the Grisons, where lies buried that very ancient British king, saint, and martyr, Lucius, who founded the Church of St. Peter, on Cornhill.'
(6597 views)