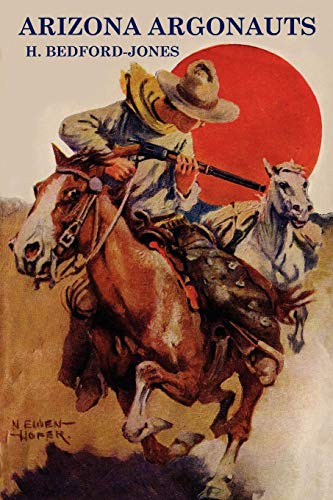 Description:
Piute Tompkins, sole owner and proprietor of what used to be the Oasis Saloon but was now the Two Palms House, let the front feet of his chair fall with a bang to the porch floor and deftly shot a stream of tobacco juice at an unfortunate lizard basking in the sunny sand of Main Street.

The Survivor
by Tim Champlin - Smashwords
Marcel Dupre, condemned to the penal colony at French Guiana, writes an expose of life in the Foreign Legion and in the penal colony. He finally escapes by sea and reaches the U.S. where he hopes to have his book published...
(5235 views)

Raw Gold
by Bertrand W. Sinclair - ManyBooks
The Canadian border furnishes the scene of this tale of Wild West life--primitive, exhilarating, spiced with dangers. Particularly is it a delineation of the character of the Northwest mounted police, sent by the English government to keep order...
(4913 views)

The Ranch at the Wolverine
by B.M. Bower - Little, Brown, and Co.
An American Western Classic. A wonderful portrayal of what it was like to be a small homesteader in the sagebrush west, where little moments of beauty between tough people living a tough life resemble the little valleys of beautiful grass...
(6946 views)

The Riverman
by Stewart Edward White - ManyBooks
This novel is a rugged adventure from a time when men had to work for a living. The story of a man's fight against a river and of a struggle between honesty and grit on the one side, and dishonesty and shrewdness on the other.
(4732 views)