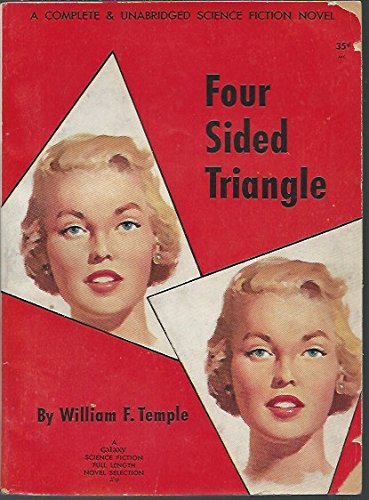 Description:
This is the story of how two men and one woman reach a solution to the eternal love triangle through the use of a secret scientific device -- a machine that will reproduce anything or anyone. Fame and honor come to them, and then this incredible situation turns savage. For there is no escape from the net of the four-sided love triangle.

The Amphibians
by S. Fowler Wright - Gerard Arthus
I looked upward, and the three great stars of Orion's belt showed through the fog. If I were indeed transported to some remote and future time, at least the same stars were there, without fundamental change, even of their positions in the heavens.
(2917 views)