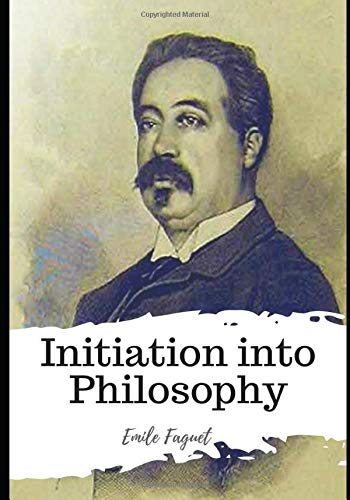 Initiation into Philosophy
by Emile Faguet

Description:
A fantastic look at the whole history of Philosophy from ancient times up to the beginnings of modern thinking. Covers all the major philosophers and philosophical theories, as well as the historical interplay between religion and philosophy.

Philosophy: What It Is and Why We Need It
by Tom Blackstone - Smashwords
What is the point of studying philosophy? And what is philosophy, anyway? In this engaging, informative, and often lively book, Tom Blackstone seeks to answer these as well as many more important philosophical questions.
(5592 views)

Farewell to Freedom: A Western Genealogy of Liberty
by Riccardo Baldissone - University of Westminster Press
From Homeric poems to contemporary works, the author traces the words that express the various notions of freedom in Classical Greek, Latin, and modern European idioms. This theoretical mapping shows old and new boundaries of the horizon of freedom.
(2102 views)

Arabic Thought and Its Place in History
by De Lacy O'Leary - Kegan Paul and Company
A study of the mutual influence of Arabic and Western worlds during the Middle Ages. It traces the transmission of Greek philosophy and science to the Islamic cultures. The book presents a fascinating portrait of medieval Muslim thought.
(17516 views)

A Pluralistic Universe
by William James - Longmans, Green, and co.
Lectures on the present situation in philosophy. Contents: The Types of Philosophic Thinking; Monistic Idealism; Hegel and his Method; Concerning Fechner; The Compounding of Consciousness; Bergson and his Critique of Intellectualism; and more.
(8528 views)