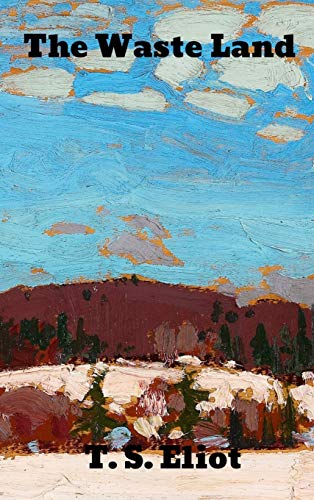 Description:
The Waste Land is a poem by T. S. Eliot, widely regarded as one of the most important poems of the 20th century and a central work of modernist poetry. Eliot's poem loosely follows the legend of the Holy Grail and the Fisher King combined with vignettes of contemporary British society.

The Divine Comedy
by Dante Alighieri - Feedbooks
Led by the souls of Virgil and his love Beatrice, Dante crosses the gulfs of Hell, climbs the mountain of Purgatory and arrives through the spheres of Heaven in the presence of God. This is one of the most influential works in the Western canon.
(12764 views)

Standing in a Cloud
by Dennis Thomas - Bibliotastic.com
The book is for the connoisseur of fine poetry. It has Sir Walter Scott's epic sweep, Arthur Schopenhauer's Wille zum Leben, and Shelley's fluidity of movement, among other qualities, all distilled with Dennis Thomas' characteristic aplomb.
(8680 views)

Poetry's Afterlife: Verse in the Digital Age
by Kevin Stein - University of Michigan Press
The essays of this volume blend memoir, scholarship, and personal essay to survey the current poetry scene, trace how we arrived here, and suggest where poetry is headed in our increasingly digital culture. Poetry's spirited afterlife has come ...
(7648 views)