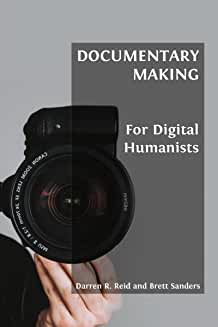 Description:
Documentary Making for Digital Humanists sets out the fundamentals of filmmaking, explores academic discourse on digital documentaries and online distribution, and considers the place of this discourse in the evolving academic landscape. The book walks its readers through the intellectual and practical processes of creating digital media and documentary projects.

Movie Making Manual
- Wikibooks
Filmmaking is the process of making a film. The nature of the film determines the size and type of crew required during filmmaking. This manual is intended as a complete guide to filmmaking, the emphasis is on the practical.
(10147 views)

Fairy Tale Films
by Pauline Greenhill, Sidney Eve Matrix - Utah State University Press
Here, scholars from film, folklore, and cultural studies move discussion beyond the well-known Disney movies to the many other filmic adaptations of fairy tales and to the widespread use of fairy tale tropes, themes, and motifs in cinema.
(3543 views)

The Beatles on Film
by Roland Reiter - Transcript-Verlag
This book provides the production history and a contextual interpretation of The Beatles' movies (A Hard Day's Night, Help!, Yellow Submarine, Let It Be) and describes their ability to project the group's image at different stages in their career.
(5395 views)

Memory and Popular Film
by Paul Grainge (ed.) - Manchester University Press
'Memory and popular film' uses memory as a specific framework for the cultural study of film. Taking Hollywood as its focus, this timely book provides a sustained, interdisciplinary perspective on memory and film from early cinema to the present.
(4207 views)