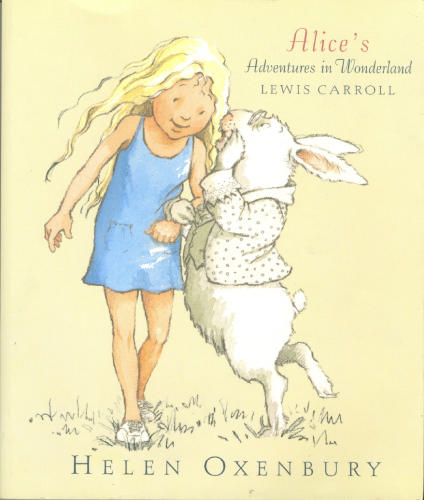 Description:
There is perhaps no other children's novel better known than Alice's Adventures in Wonderland. Lewis Carroll's whimsical, fantastical tale grabs every reader's imagination, and it is an artist's dream, bursting with visual possibility. The tale plays with logic in ways that have made the story of lasting popularity with adults as well as children. It is considered to be one of the most characteristic examples of the genre of literary nonsense, and its narrative course and structure has been enormously influential, mainly in the fantasy genre.

Twas the Night before Christmas
by Clement Clarke Moore - Houghton Mifflin Company
'Twas the Night Before Christmas has been in print for more than eighty years, and this version of the beloved poem with classic illustrations has become as much a part of Christmas as Santa Claus. A Christmas present for kids.
(7387 views)

The Prince and the Pauper
by Mark Twain - James R. Osgood & Co.
With its mixing of high adventure, raucous comedy, and scathing social criticism, presented in a hilarious vernacular that only Mark Twain could fashion, the book remains one of this incomparable humorist's most popular and oft-dramatized tales.
(12312 views)

Pinocchio in Africa
by E. Cherubini - Ginn and Co.
Collodi's 'Pinocchio' tells the story of a wooden marionette and of his efforts to become a real boy. Brought across the seas, he was welcomed by American children and now appears in a new volume which sets forth his travels in Africa.
(4835 views)

Through the Looking-Glass
by Lewis Carroll - The Hayes Lithographic Co.
The sequel to Alice's Adventures in Wonderland: follow Alice as she steps through a mirror into a strange looking-glass House. She solves the silly mystery of the Jabberwocky, meets Tweedledum and Tweedledee, the Carpenter, and Humpty Dumpty.
(13133 views)