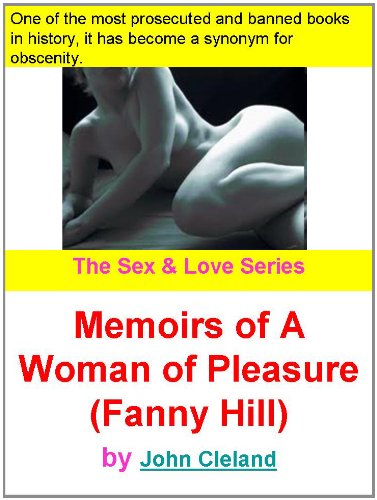 Description:
Memoirs of a Woman of Pleasure, better known as Fanny Hill, is one of the most notorious texts in English literature. As recently as 1963 an unexpurgated edition was the subject of a trial, yet in the eighteenth century John Cleland's open celebration of sexual enjoyment was a best selling novel. Fanny's story, as she falls into prostitution and then rises to respectability, takes the form of a confession that is vividly coloured by copious and explicit physiological details of her carnal adventures. The moral outrage that this has always provoked has only recently been countered by serious critical appraisal.

The Iliad and The Odyssey
by Homer - J. Johnson
Stories of love and war, hope and despair, and honor and glory, as relevant today as they were 2500 years ago. These two books are some of the most important books in the literary cannon, having influenced virtually every adventure tale ever told.
(20093 views)

Nightmare Abbey
by Thomas Love Peacock - T. Hookham
This satire pokes fun at the Romantic Movement in English literature. The characters in the novel are based on historic figures. Peacock sees the British as being obsessed with transcendental philosophical systems and morbid subjects of any kind.
(9524 views)

Gulliver's Travels
by Jonathan Swift - Temple Press
Four fantastic voyages of Gulliver, a ship's surgeon, an observer, a reporter, and a victim of circumstance. His travels take him to Lilliput where he is a giant observing tiny people. The novel was first published in 1726, yet still valid today.
(27933 views)

The Heir of Redclyffe
by Charlotte M. Yonge - D. Appleton and Company
First published in 1853, The Heir of Redclyffe was the most successful novel of the century. The protagonist, Guy, was a popular role model of noble virtue, while another character, Amy, was seen as the ideal Victorian wife -- redeemer and inspirer.
(8964 views)