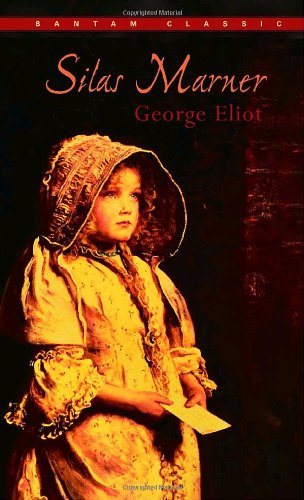 Description:
Embittered by a false accusation, disappointed in friendship and love, the weaver Silas Marner retreats into a long twilight life alone with his loom. . . and his gold. Silas hoards a treasure that kills his spirit until fate steals it from him and replaces it with a golden-haired founding child. Where she came from, who her parents were, and who really stole the gold are the secrets that permeate this moving tale of guilt and innocence. A moral allegory of the redemptive power of love, it is also a finely drawn picture of early nineteenth-century England in the days when spinning wheels hummed busily in the farmhouses, and of a simple way of life that was soon to disappear.

The Sad Fortunes of the Reverend Amos Barton
by George Eliot
George Eliot's first attempt at fiction, and one that fixed her career. It has qualities of humour and tenderness that have not often been equalled. It has a particular value as a record of an English country life that is rapidly passing away.
(4846 views)

The Lifted Veil
by George Eliot - Oxford University Press
A dark fantasy drawing on interest in the physiology of the brain, mesmerism, phrenology, and experiments in revification, it is Eliot's anatomy of her own moral philosophy. The story explores fiction's ability to offer insight into the self.
(7744 views)

Adam Bede
by George Eliot - Oakland, Cal., Press
A carpenter is in love with a woman who bears a child by another man. He eventually loses her but finds happiness with a Methodist preacher. Adam Bede was Eliot's first long novel, the combination of rigorous moral judgment and deep human sympathy.
(12543 views)

The Mill on the Floss
by George Eliot - A. L. Burt
In this story the author recreates her own childhood through the story of the gifted Maggie Tulliver and her spoilt, selfish brother. Though tragic in its outcome, this comic novel combines vivid images of family life with a portrait of the heroine.
(14162 views)