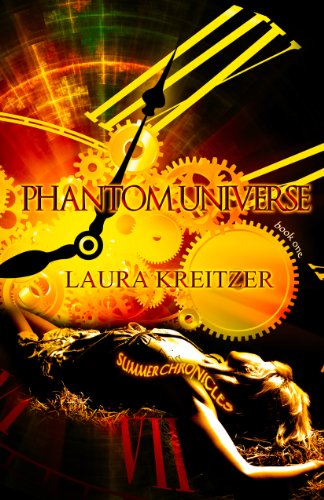 Description:
Sold into slavery to pirates, Summer learns to survive the rough seas of subterfuge and thieves through silence. When the boat she's lived on most of her life is destroyed, Summer is washed up on the shore of a new world, a phantom universe full of the bizarre and extraordinary. When death looms, will Summer finally call out? Or will all be lost in the fathomless depth of silence?

The Rhesus Factor
by Sonny Whitelaw - Double Dragon Publishing
SF novel about the impact of climate change on us as a global society. It charts the breakdown of our health care system, the failure of insurance companies, and the economic crisis that leads to the dispossession of people across the country.
(10510 views)

The Truth Machine
by James L. Halperin
What would the world be like if scientists developed the perfect lie detector? Halperin argues that such an invention could lead humanity into an era of unequaled prosperity, one in which crime is virtually unknown and true democracy is possible.
(6838 views)

Dreams Must Die: A Fable of the Far Future
by J.M. Porup - unglue.it
Jimmy Shade kills dreams. It's his job. As a member of the elite Dream Police, he defends the Collective against that poisonous nocturnal ooze. But when Shade gets infected with a dream, he finds himself on the run from his former colleagues.
(1877 views)

Caffeine
by Ryan Grabow - Splashdown Books
Brandon feels like a dying ember. He's jobless and feels worthless, and falling in love has only made his problem worse. In an authoritarian and overstimulated 22nd-century America, all he can do is indulge in the computer-simulated fantasies...
(4187 views)