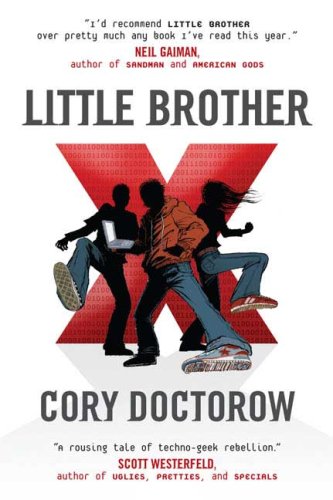 Description:
Marcus is only seventeen years old, but he figures he already knows how the system works–and how to work the system. Smart, fast, and wise to the ways of the networked world, he has no trouble outwitting his high school’s intrusive but clumsy surveillance systems. But his whole world changes when he and his friends find themselves caught in the aftermath of a major terrorist attack on San Francisco...

Earth Alert!
by Kris Neville - Project Gutenberg
Kris Neville was an American science fiction writer. His most famous work, Bettyann (1970) is considered an underground classic of science fiction. This e-text was produced from Imagination Stories of Science and Fantasy February 1953.
(9557 views)

The Earthbound Series
by D M Arnold - VIRTUALimprint
The EARTHBOUND Series is a set of five character driven stories in a science fiction setting, featuring an ordinary hero with everyday problems: He has a boss, a job that's a grind, a wife who doesn't understand him and a girlfriend on the side...
(7329 views)

The Monster Story Conference
by Luke Burrage - lukeburrage.com
An experimental science fiction novella by Luke Burrage. Three men sit in a room. Their mission: by the end of the day, create a brand new science fiction adventure story, and it has to include monsters. Whose vision will be realized?
(6243 views)