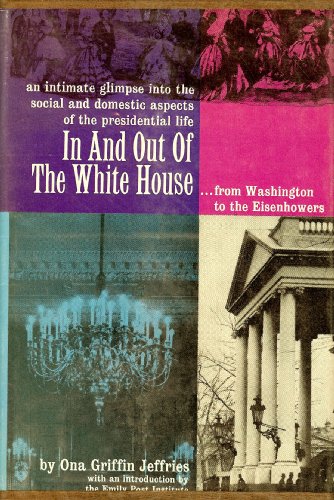 In and out of the White House, from Washington to the Eisenhowers
by Ona Griffin Jeffries

Description:
Since the beginning of our history as a nation, Americans have had a very special interest in both the informal and the official social life of our capital. This book is an intimate glimpse into the social and domestic aspects of the Presidential life.

A Century of War
by John V. Denson - Ludwig Von Mises Institute
The book covers the history of America's large wars from 1860 through the Cold War, describing the 20th century as the bloodiest in all history. Denson recounts how the wars came about through a series of deceitful political ploys.
(17112 views)

The Civil War Through the Camera
by Henry W. Elson - Patriot Publishing Co.
The text is an impartial narrative supplementing the pictures. The more intelligent people of the country desire the truth put on record, and all bitter feeling eliminated. This work, with its text and pictures, will add greatly to that end.
(9147 views)

History of the United States
by Charles A. Beard, Mary R. Beard - The MacMillan Company
High school textbook in American history. Focused on the important aspects and movements of each period, treated are the causes and results of wars, rather than military strategy. Full of illustrations, maps, portraits, paintings and photographs.
(15494 views)

The Roosevelt Myth
by John Flynn - Devin-Adair
Roosevelt is the most sainted president of the 20th century. But as John T. Flynn noted in this volume, FDR actually prolonged the Great Depression and deliberately dragged the country into a war that seriously compromised American liberties.
(14167 views)