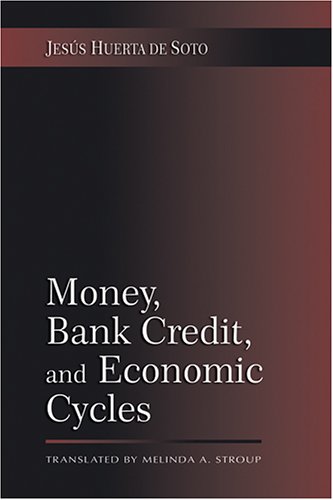 Description:
Can the market fully manage the money and banking sector? Jesús Huerta de Soto, professor of economics at the Universidad Rey Juan Carlos, Madrid, has made history with this mammoth and exciting treatise that it has and can again, without inflation, without business cycles, and without the economic instability that has characterized the age of government control.

What Has Government Done to Our Money?
by Murray N. Rothbard - Ludwig von Mises Institute
Rothbard's famous monetary essay has influenced two generations of economists and business professionals. After presenting the basics of money and banking theory, the author traces the decline of the dollar from the 18th century to the present.
(15756 views)

Modern Money Mechanics
- Federal Reserve
This booklet describes the basic process of money creation in a fractional reserve banking system. The approach taken illustrates the changes in bank balance sheets that occur when deposits in banks change as a result of monetary action.
(17568 views)