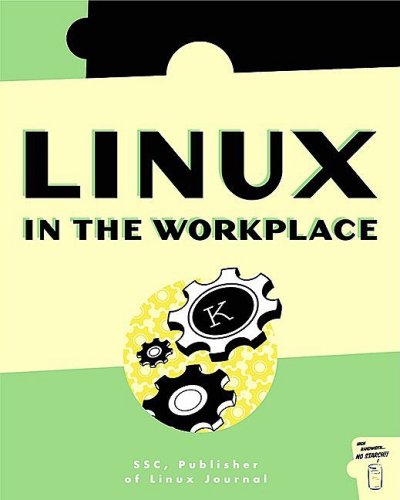 Linux in the Workplace
by SSC

Description:
The authors introduce Linux users to the desktop capabilities of Linux and the KDE (K Desktop Environment) graphical user interface, a powerful Open Source graphical desktop environment for UNIX workstations. The book includes information on how to perform general office-related tasks; how to use email and surf the Internet; work with the command line; and much more.

Slackware Linux Essentails, 2nd Edition
by D. Cantrell, L. Johnson, A. Hicks, C. Lumens - FreeBSD Mall
This Book in designed to get you started with Slackware Linux operating system. It`s not meant to cover every single aspect of the distribution, but rather to show what it is capable of and give you a basic working knowledge of the system.
(14131 views)

Bodhi Linux 3 for Beginners
by Roger Carter - Smashwords
Bodhi Linux 3 incorporates the latest version of the elegant Enlightenment desktop manager. This guide explains in easy steps how to install Bodhi Linux on your computer, how to customize and use it, and how to install a range of applications.
(4896 views)

The Linux Gamers' HOWTO
by Peter Jay Salzman, Frederic Delanoy
This is a stepping stone to to give people the knowledge to begin thinking about what is going on with their games. You need to know a little more about what's going on behind the scenes with your system to be able to keep your games healthy.
(19301 views)

Step-by-Step Guide to Bodhi Linux
by Roger Carter - Smashwords
Bodhi Linux is an offshoot of the Ubuntu Linux operating system. This guide is suitable for anyone migrating to Linux from Windows, and explains in easy steps how to install Bodhi Linux on your computer, how to customize and use it, etc.
(6253 views)