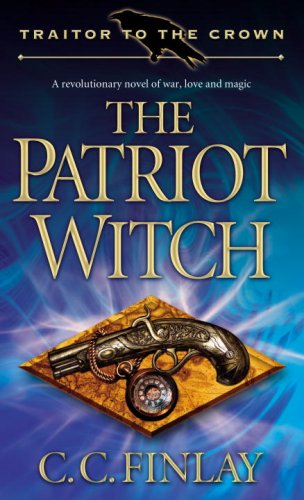 The Patriot Witch
by C.C. Finlay

Description:
The year is 1775. Proctor Brown is an ordinary young man working the family farm in New England. He is a minuteman, a member of the local militia, determined to defend the rights of the colonies. Yet Proctor is so much more. Magic is in his blood, a dark secret passed down from generation to generation. But Proctor’s mother has taught him to hide his talents, lest he be labeled a witch and find himself dangling at the end of a rope.

The Worm Ouroboros
by E. R. Eddison - Jonathan Cape
A heroic high fantasy novel, first published in 1922. The book describes the protracted war between the domineering King Gorice of Witchland and the Lords of Demonland in an imaginary world that appears mainly medieval, reminiscent of Norse sagas.
(6033 views)

Tales of Aria: The Legend of Damiano's Disk
by Carl Russ, III
Aria is a world riddled with an epidemic. Two years have passed since the day strange monsters emerged from out of no where, paralyzing the otherwise peaceful lives of its citizens. Since then, few people dare to live outside the the cities ...
(7880 views)

The Catastrophe of the Emerald Queen
by LR Manley - Smashwords
Eleven year old Sophie Roberts is in a coma in hospital following a car accident. When bored and curious eleven year old boy Jared Miller stumbles upon a monstrous assassin in her room, he and Sophie are saved only by the intervention of a warrior...
(4997 views)

Mortal Ghost
by L. Lee Lowe - lleelowe.com
It's a fiery hot summer, and sixteen-year-old Jesse Wright is on the run. An oddly gifted boy, he arrives in a new city where the direction of his life is about to change. He is beset by visions of a stranger who is being brutally tortured.
(7438 views)