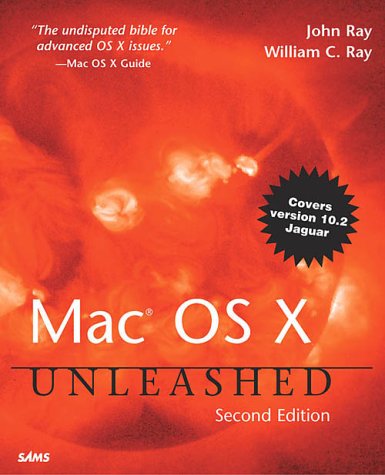 Description:
Mac OS X Unleashed is a complete guide and reference for Mac OS users. The book helps the reader deal with the most trouble-prone aspects of the user interface, focusing on the BSD environment and how the user or administrator can get the most out of both the current operating system as well as the new components expected in the latest version.

Implementing CIFS: The Common Internet File System
by Christopher Hertel - Prentice Hall PTR
CIFS is Microsoft's standard for Internet file sharing. This book is a cross-platform guide to CIFS capabilities and behavior for developers who want to add CIFS compatibility to their products, and for network and system administrators.
(14789 views)

Programming the Be Operating System
by Dan Parks Sydow - O'Reilly
This book gives C++ programmers their start to developing the applications on Be operating system. The book begins with simple programs and gradually adds elements of the graphical interface. It carefully describes drawing and message handling.
(19763 views)

MMURTL V1.0
by Richard A. Burgess - Sensory Publishing
Originally titled Developing Your Own 32 Bit Operating System this book shows you how one man built a complete, 32 bit operating system for the Intel processors from scratch, running on processors from the 80386, all the way up to the Pentium III.
(8530 views)