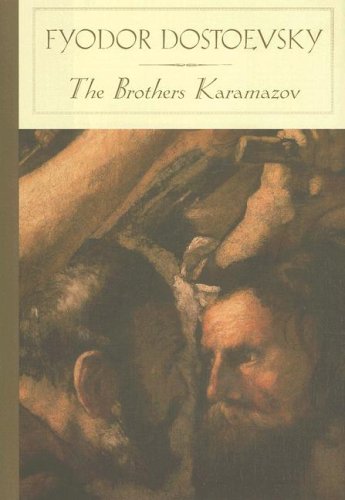 The Brothers Karamazov
by Fyodor Dostoyevsky

Description:
The final novel by Fyodor Dostoyevsky and generally considered to be his masterpiece. It is the story of Fyodor Karamazov and his sons Alyosha, Dmitry, and Ivan. It is also a story of patricide, into the sordid unfolding of which Dostoyevsky introduces a love-hate struggle with profound psychological and spiritual implications. Throughout the whole novel there persists a search for faith, for God--the central idea of the work.

Notes from the Underground
by Fyodor Dostoyevsky - Project Gutenberg
The book marks the dividing line between classic and 20th century fiction, and between the visions that each century embodied. The narrator is a man who has withdrawn to an underground existence. Definitely author’s most revolutionary novel.
(9505 views)

The Possessed
by Fyodor Dostoyevsky
One of Dostoyevsky's most famous novels, this 1872 work utilizes five main characters and their ideas to describe the political chaos of Imperial Russia in the nineteenth century. Based on an actual event involving the murder of a revolutionary.
(7486 views)

White Nights
by Fyodor Dostoyevsky - The Macmillan Company
Told in first person by a nameless narrator. He is living in Saint Petersburg and suffers from loneliness. He falls in love with a young woman, but the love remains unrequited as the woman misses her lover with whom she is finally reunited.
(4777 views)

The Idiot
by Fyodor Dostoyevsky - Vizetelly & Co.
Returning from a sanitarium in Switzerland, the epileptic Prince Myshkin finds himself enmeshed in a tangle of love, torn between two women -- Nastasya and Aglaia -— both involved with the corrupt, money-hungry Ganya. Translated by Eva Martin.
(9739 views)