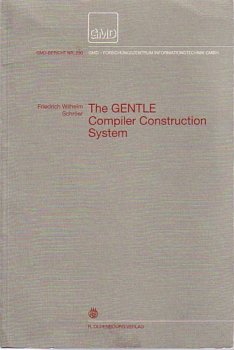 Description:
The GENTLE Compiler Construction System, originally designed in 1989 at the German National Research Center for Information Technolgy, is now in industrial use for fifteen years: The very first system was sold to Nixdorf Computers, who used it to implement their Combined Object-Oriented Language, a C++ alternative for large mission-critical projects, e.g. in the chemical industry. The first Gentle system in 2005 was sold to Ritlabs, creators of The Bat, a leading email client.

Crafting Interpreters: A handbook for making programming languages
by Robert Nystrom - craftinginterpreters.com
This book contains everything you need to implement a full-featured, efficient scripting language. You'll learn both high-level concepts around parsing and semantics and gritty details like bytecode representation and garbage collection.
(2941 views)

Basics of Compiler Design
by Torben Mogensen - Lulu.com
The book written for use in an introductory compiler course. It is intended to convey the general picture without going into extreme detail. It should give the students an understanding of how compilers work and the ability to make simple compilers.
(13052 views)