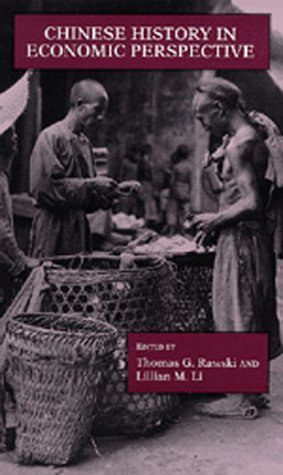 Description:
The essays assembled here represent a turning point in the study of Chinese economic history. Previous work has emphasized the institutional and social bases of economic change. These studies break new ground, bringing Western economic theory to the study of China's economy since the seventeenth century.

Drugging a Nation: The Story of China and the Opium Curse
by Samuel Merwin - Success Magazine
A personal investigation, during an extended tour, of the conditions of the opium trade in China and its effects upon the nation. Though frankly journalistic in tone, the book presents something more than the hasty conclusions of a journalist.
(4752 views)

Ancient China Simplified
by Edward Harper Parker - Chapman & Hall
This is an easy to read yet highly informative history of ancient China. It is a classic in the field and covers all aspects of ancient Chinese life and culture. From the dynasties of the kings to the occupations and entertainments of the people.
(5199 views)

Two Years in the Forbidden City
by Princess Der Ling - Moffat, Yard and company
Der Ling served as a lady-in-waiting to the Empress Dowager Ci-Xi in the early years of the 20th Century. Her insider view gives a captivating and intimate portrait of the Dragon Lady, who brought the country to the brink of destruction.
(5900 views)

The Civilization of China
by Herbert A. Giles - H. Holt and Company
A brief outline of Chinese civilization from the earliest times down to the 20th century. The book was written for readers who know little or nothing of China, in the hope that it may succeed in alluring them to a wider and more methodical survey.
(12725 views)