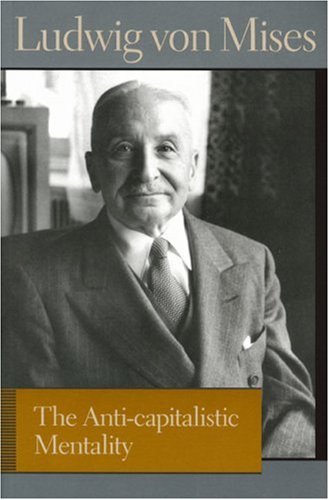 Description:
Professor Mises searches for the roots and consequences of the common anti-capitalist bias. What makes so many people unhappy in the private property order? It is precisely the fact that it grants to everyone the opportunity to secure maximum income and obtain the most desirable position. In such a system, the failures need a scapegoat. People whose ambitions have not been fully satisfied and whose dreams are not fully realized blame the system. Frustrated intellectuals, writers, and literati become vocal foes of the system.

Lecture Notes for Economics
by Benjamin Hermalin
These are the lecture notes on pricing, mechanism design, and agency at the Ph.D. level. This text is intended to supplement the lectures and other materials for the first half of Economics 201b at the University of California, Berkeley.
(15752 views)

The Theory of the Leisure Class
by Thorstein Veblen
Classic of economic and social theory offers a satiric examination of the hollowness and falsity suggested by the term 'conspicuous consumption', exposing the emptiness of many cherished standards of taste, education, dress, and culture.
(10187 views)