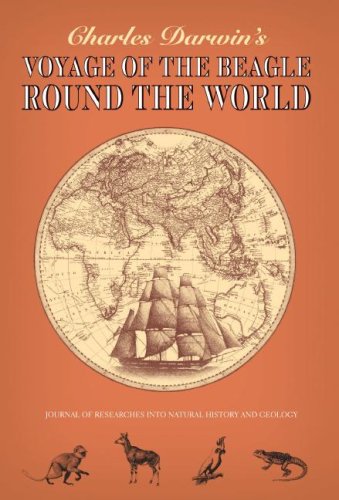 The Voyage of the Beagle
by Charles Darwin

Description:
This richly readable book is the product of Charles Darwin's amazing journey aboard the Beagle where he made observations that led to his revolutionary theory of natural selection. Travel memoir and scientific primer alike, The Voyage of the Beagle is a lively and accessible introduction to the mind of one of history's most influential thinkers.

The Art and Politics of Science
by Harold Varmus - W.W. Norton & Company
In this memoir, Varmus considers a life's work that includes the groundbreaking research that won him a Nobel Prize. Varmus shares his experiences from the trenches of politicized battlegrounds ranging from budget fights to stem cell research.
(5762 views)

The Story of Euclid
by W. B. Frankland - George Newnes
Euclid was a Greek mathematician, often referred to as the 'Father of Geometry'. His Elements is one of the most influential works in the history of mathematics, serving as the main textbook for teaching mathematics until the early 20th century.
(12977 views)

Robert Fulton: Engineer and Artist
by H. W. Dickinson - Bell & Cockburn
The author brings to light a mass of documentary matter relative to Robert Fulton, and presents the facts about him in an entirely new light. The interesting but little known episode of his career as an artist is for the first time fully dealt with.
(10404 views)

Zeppelin: The Story of a Great Achievement
by Harry Vissering
This book recounts the life and work of Count Zeppelin. In addition to descriptive text, the book includes nearly 100 rare photographs and line drawings detailing the history, construction and operation of these remarkable craft.
(13899 views)