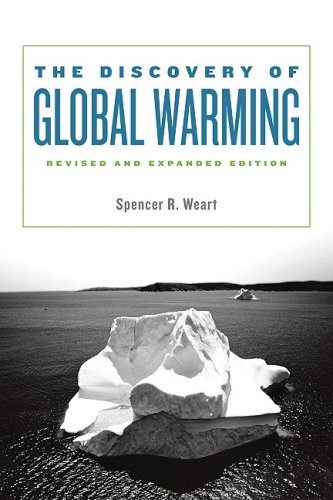 The Discovery of Global Warming
by Spencer R. Weart

Description:
It took a century for scientists to agree that gases produced by human activity were causing the world to warm up. Now, in an engaging book that reads like a detective story, physicist Weart reports the history of global warming theory, including the internal conflicts plaguing the research community and the role government has had in promoting climate studies.

Global Warming Primer
by Jeffrey Bennett - Big Kid Science
Earth's climate is complex, and therefore so are many details of the science of global warming, but the key ideas are understandable to most fourth- and fifth-graders. Indeed, even the more arcane details are usually simple enough ...
(3115 views)

Global Climate Change Impacts in the United States
by Thomas R. Karl, at al. - Cambridge University Press
The report summarizes the impacts of climate change on the US, now and in the future. It focuses on climate change impacts in different regions and on various aspects of society and the economy such as energy, water, agriculture, and health.
(15986 views)

The Forgiving Air: Understanding Environmental Change
by Richard C. J. Somerville - University of California Press
An authoritative, up-to-date handbook on global change. Written by a scientist for nonscientists, this primer humanizes the great environmental issues of our time - the hole in the ozone layer, the greenhouse effect, acid rain, and air pollution.
(16734 views)