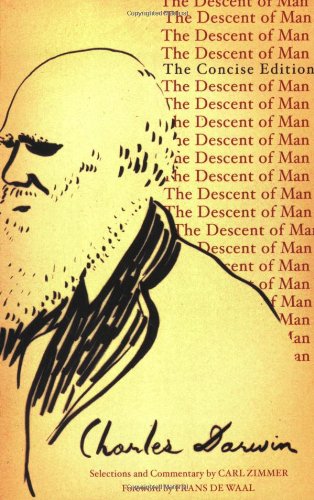 The Descent of Man
by Charles Darwin

Description:
The Descent of Man, Darwin's second landmark work on evolutionary theory (following The Origin of the Species), marked a turning point in the history of science with its modern vision of human nature as the product of evolution. Darwin argued that the noblest features of humans, such as language and morality, were the result of the same natural processes that produced iris petals and scorpion tails.

Dragons of the air: An account of extinct flying reptiles
by H. G. Seeley - D. Appleton & co.
The history of life on the earth unfolds no more wonderful discovery among types of animals which have become extinct than the family of fossils known as flying reptiles. Its coming into existence is among the great mysteries of Nature.
(6957 views)

Crossing Over: The Basics of Evolution
by Edith Dempster - Human Sciences Research
This workbook focuses specifically on assisting educators build their own understanding of genes, the mechanisms of inheritance and selection - the basics of evolution. The book uses diagrams, illustrations, text information and activity sheets.
(8678 views)

In the Light of Evolution: Volume VI: Brain and Behavior
by G.F. Striedter, J.C. Avise, F.J. Ayala (eds) - National Academies Press
The central goal of the series is to promote the evolutionary sciences through state-of-the-art colloquia. This volume focuses on the field of evolutionary neuroscience that now includes a vast array of different approaches, data types, and species.
(8355 views)

Pioneers of Evolution from Thales to Huxley
by Edward Clodd - D. Appleton & co.
This book tells the story of the origin of the Evolution idea in Ionia, and, after long arrest, of the revival of that idea in modern times, when its profound and permanent influence on thought and on human relations and conduct, is apparent.
(6154 views)