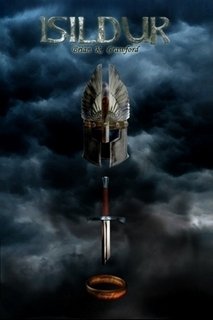 Description:
A sweeping novel about Isildur, King of Gondor, and the saga of the war against the Great Enemy Sauron. Learn the origin of the Oathbreakers and the Mouth of Sauron. See the great naval battle between the White Fleet of Lindon and the Black Fleet of Umbar. Learn the truth about the final struggle on Osgiliath and the taking of the One Ring.

The Chosen: Rise of Cithria Part 1
by Kris Kramer - Smashwords
Three kingdoms at war. Three stories of hope, sorrow, and sacrifice. Three groups of heroes, whose personal quests lead them to discover that a fourth kingdom, long forgotten, lies dormant. But no more. Unless these heroes can put aside their enmity.
(6738 views)

Tales of Aria: The Legend of Damiano's Disk
by Carl Russ, III
Aria is a world riddled with an epidemic. Two years have passed since the day strange monsters emerged from out of no where, paralyzing the otherwise peaceful lives of its citizens. Since then, few people dare to live outside the the cities ...
(7878 views)

Entropic Quest
by Tom Lichtenberg, John Lichtenberg
Four people are selected, seemingly at random, by an invisible being who communicates to them through wild animals. They are told they must go somewhere, find something, take it somewhere and do something with it. This is all they know.
(7950 views)