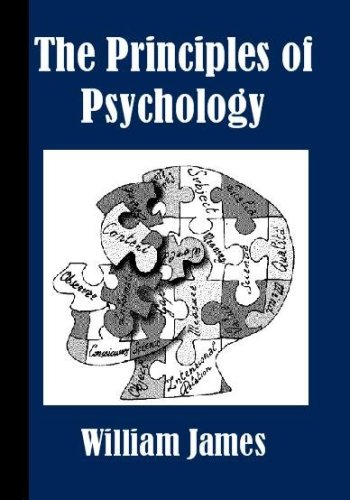 The Principles of Psychology
by William James

Description:
The Principles of Psychology is a two-volume introduction to the study of the human mind. Based on his classroom lessons and first published in 1890, James has gathered together what he feels to be the most interesting and most accessible information for the beginning student. Psychology, according to James, deals with thoughts and feelings as its facts and does not attempt to determine where such things come from.

How to Read Human Nature
by William Walker Atkinson - The Elizabeth Towne Co.
This is a guide to human body language, personality, character, and qualities. It takes reading body language and voice inflection for meaning to the next level, analyzing such elements as mental qualities, emotive qualities, relative qualities.
(8058 views)

The Varieties Of Religious Experience: A Study In Human Nature
by William James - Longmans
Considering religion as it is felt in everyday life, James undertook a project that stands not only as one of the most important texts on psychology ever written, but for many critics one of the best works of nonfiction written in the 20th century.
(17247 views)

Early and late selection: Effects of load, dilution and salience
by Tal Makovski, Glyn Humphreys, Bernhard Hommel - Frontiers Media SA
Our visual system is constantly bombarded by a variety of stimuli, of which only a small part is relevant to the task at hand. As a result, goal-directed behavior requires a high degree of selectivity at some point in the processing stream ...
(4335 views)