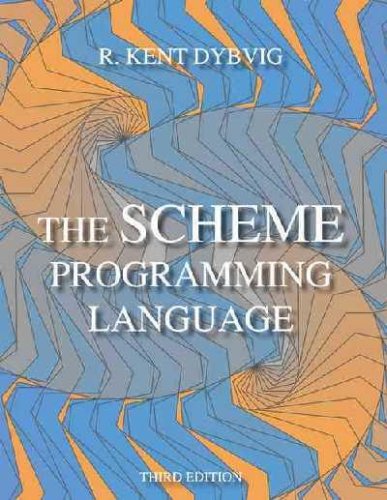 Concrete Abstractions: An Introduction to Computer Science Using Scheme
by Max Hailperin, Barbara Kaiser, Karl Knight - Course Technology
The book Concrete Abstractions covers the programming and data structures basics. It will give first-time computer science students the opportunity to not only write programs, but to prove theorems and analyze algorithms as well.
(16823 views)

Write Yourself a Scheme in 48 Hours
by Jonathan Tang - Wikibooks
You'll start off with command-line arguments and parsing, and progress to writing a fully-functional Scheme interpreter that implements a good-sized subset of R5RS Scheme. Along the way, you'll learn Haskell's I/O, mutable state and dynamic typing.
(14527 views)

How to Use Scheme
by M. Felleisen, R. Findler, M. Flatt, S. Krishnamurthi, P. Steckler
This tutorial bridges the gap between the basic steps of how to design programs and how to design large programs. It will introduce you to some basic ideas, such as file input and output, to more advanced things, such simple GUI design.
(17517 views)